Earlier this week, I was awarded both the gold and silver prizes in feature writing at the 2021 Tennessee College Public Relations Association (TCPRA) Awards.

Last year, my profile of Tennessee swimmer Maddy Banic ("Into the Light") won the silver prize. I broke down how I wrote that story in an earlier post.

This year, my Women's History Month story on the Body Farm won the top prize and my profile of Enkeshi El-Amin, a sociologist unearthing and sharing the stories of Black Appalachians, finished second among submissions from 18 colleges and universities in Tennessee.

As part of the awards ceremony, I was invited to give a behind-the-scenes look at how I approached  "Five Women Lead Renowned Forensic Anthropology Center."

Here are three takeaways that may be useful for your next big story, project, or assignment.

Resurface Old Ideas to Take Advantage of a Moment

“There’s this idea some people have that too many women can’t work well together,” said Giovanna Vidoli, an associate director for the Forensic Anthropology Center. “We’re all alphas in some way, which is exactly why we work well together. We trust each other to do the job.”

About six months ago, I was at the gym riding this miserable machine called the Echo Bike beside a burly, Paul-Bunyan-type guy. He asked me what I do, and I told him I'm a writer at the University of Tennessee. "But not Athletics." I don't write about football.

Usually, the follow-up question is: "So what do you write about then?" And the follow up to that follow up is, "...have you ever written about the Body Farm?"

Everyone in Knoxville, Tennessee knows there are bodies in the woods beyond UT Medical Center. We may not know exactly where. We may not know how they got there or who put them there. But we all know they're there.

In 2019, a coworker of mine, Karen Dunlap, had an idea for a podcast about the Body Farm. Over the years, some of our most popular stories have been about the farm and its founder, Bill Bass.

Bass and his successor are both retired, and a new team is now in charge. The latest director, Dawnie Steadman, is understandably hesitant to give any writer or media member access to the facility. Writing about a place where your next-door neighbor may have their grandma’s bones, or where your neighbor may be donating their own bones after death requires incredible sensitivity and trust. Karen had earned the trust of the people who run the farm; but she wound up leaving the team in 2020, and the podcast idea was buried.

I've long been interested in writing about the Body Farm. But, I needed to find the right moment. That moment presented itself in February, when a small team of content creators in the Office of Communications and Marketing (where I work) got together to discuss story ideas for Women’s History Month. A week passed, queries to folks around campus went unanswered or yielded no results. Then my editor, Cassandra Sproles, pinged me. “You know the people who run the Body Farm are all women.” She offered to make an introduction.

The story wasn’t there yet. But, we had an idea. And we had the perfect moment—Women’s History Month—to write about some of the most fascinating work being done on our campus.

Once bodies arrive at the FAC and are placed outside, they may take weeks to months to fully decompose. After the remains are brought back inside and stored in the skeletal collection, Jantz is responsible for communications with families of donors. “One gentleman came in, and we have both of his parents,” Jantz said. “The mother had died from cancer and his father in a house fire. He felt like he had never had a chance to say goodbye.” There are also out-of-the-ordinary cases. “I had one family visit, children to great-grandchildren, and they had made T-shirts for the occasion,” Jantz said. “They were ecstatic. They wanted me to lay out the skeleton, to touch it.”

To tell a great story, you need to get people to talk to you in their own voice; it will help you figure out what you really do know and what you really don’t. Don't rely solely on information you've found online. Sometimes interviewing sources will help you realize you were going the wrong direction at the start, and that you need to alter course.

Like I've already said, people in Knoxville know about the Body Farm. So I had to ask myself: What do they really know? And what can I reveal that they may not?

One thing most people don't know is that the farm is run by five women (the only entirely female-led forensic anthropology team in the country). A second is that the farm is actually part of something much bigger: The Forensic Anthropology Center, which includes the Body Farm (otherwise known as the outdoor research facility). Outside of the farm, the FAC manages a collection of 1,800 human skeletons and trains law enforcement, researchers, and scientists from around the world on how to excavate burials, distinguish bones, and estimate time since death.

Even though I was writing a story about women specifically for a moment, I wanted my story to have mass appeal and remain as relevant in April as it was in March. So I sprinkled other details into my story that I thought were fascinating, and which I guessed others might find fascinating too.

Did you know 5,000 people are on a list to donate their bodies to the FAC upon death (you can go fill out a form to donate your body on their website right now). Did you know the center was the inspiration behind the TV series Bones?  That the women on this team have solved headline-grabbing cold cases, on one occasion identifying the remains of  20-year-old Indiana woman who had been missing for more than 30 years.

When you’re writing about a person or a topic people know about, figure out what’s never been shared before. Create something original. As part of my research, I read articles from VICE, The Atlantic, Atlas Obscura, Undark, and local media before writing. I conducted a 1-hour group Zoom interview with all five women, then I scheduled individual interviews with each one. Because I was managing so many details, when I got confused or needed clarification, I placed follow-up calls and emails. I didn’t just want to tell an appealing story to an audience; I wanted to get this right and have it be something the women themselves would feel was done right (which would help me earn their trust for when I want to write about them again in the future). If you don’t earn a source’s trust, good luck getting access a second time.

The opening lines of the story:

Every day, the red phone rings at the University of Tennessee, Knoxville’s Forensic Anthropology Center. Either Dawnie Steadman or Mary Davis, who share phone duties, answers. On the other end, a funeral home director, a police officer, or a family member shares with them some version of the same message: There’s a body here for you. “That’s our death notification,” said Steadman, the FAC’s director. “That starts the process.”

Even with a team of five, days at the FAC are long. The red phone rings two or three times a shift. Donors arrive week after week. Every semester, research is produced and investigations are closed. To keep the work moving takes trusting every member of the team to do their part. For Steadman, Davis, Jantz, Devlin, and Vidoli, that may mean literally being willing to put hands, knees, and bellies in the dirt beside each other—something they’ve proven over the years to be more than happy to do. “In everything I suggest, whether it’s crazy or not, I know these women will support me, encourage me, and challenge me to be better,” said Devlin. “Maybe you can call that our approach.”

One of the most challenging parts of a story is figuring out the architecture. What goes where?

Initially, I opened the story with Steadman, and how she got interested in forensic anthropology in the 1980s as a premed student in Arizona. I submitted the first draft to my editor, and she made a note about a line I had buried: “The sign that accompanies death is the ringing of the red phone.” On my first Zoom call with the team, as they were explaining their individual duties, Steadman had gotten a call and they all laughed. She explained, “This little red phone rings to tell us when there is a body ready to be picked up or a new case coming in.” Even though it was a fascinating detail, I didn’t think it was good enough to lead the story.

But, that’s why writers have editors! Cassandra picked up on it, and I rebuilt the entire story around that anecdote. From the detail, I transitioned into explaining how everything that comes after—and there is a lot—is handled by a top-of-the-line team of investigators, who just so happen to be women.

For long features, I recommend breaking the story up into sections. You may have an idea of the outline before you start, or you may find it along the way. I dedicated the second section of my story to the history of the Body Farm and how it works today. The third section is dedicated to how the field of forensic anthropology has evolved and become increasingly female dominated (remember, this was originally envisioned as a Women’s History Month feature).

There are many other tips I can share, about closing the loop (make sure your story doesn’t leave key unanswered questions), taking your time to write (the story took four weeks from first email to to publication), listening to others (why having a first reader or editors is essential), and revising. I’ll save that for a future How I Write story.

If you found this breakdown helpful, write me to let me know. If you'd like me to work with you to tell your stories better, email me: briancanever (at) gmail (dot) com.

When tragedy strikes, do you give up on the journey? Or do you move forward with a new fire inside of you? Austrian-German weightlifter Matthias Steiner's response will put tears in your eyes.
Jul 19, 2021
8 min read
Jun
30

Why do stories compel us? One reason is the journey. In this series, I'll look at famous examples, starting with Shadrach, Meshach, and Abednego
Jun 30, 2021
7 min read
Jun
02

How I Write: Into the Light

A breakdown of how I wrote my award-winning story on a college swimmer who battled mental illness to win an NCAA championship.
Jun 2, 2021
6 min read
Apr
25 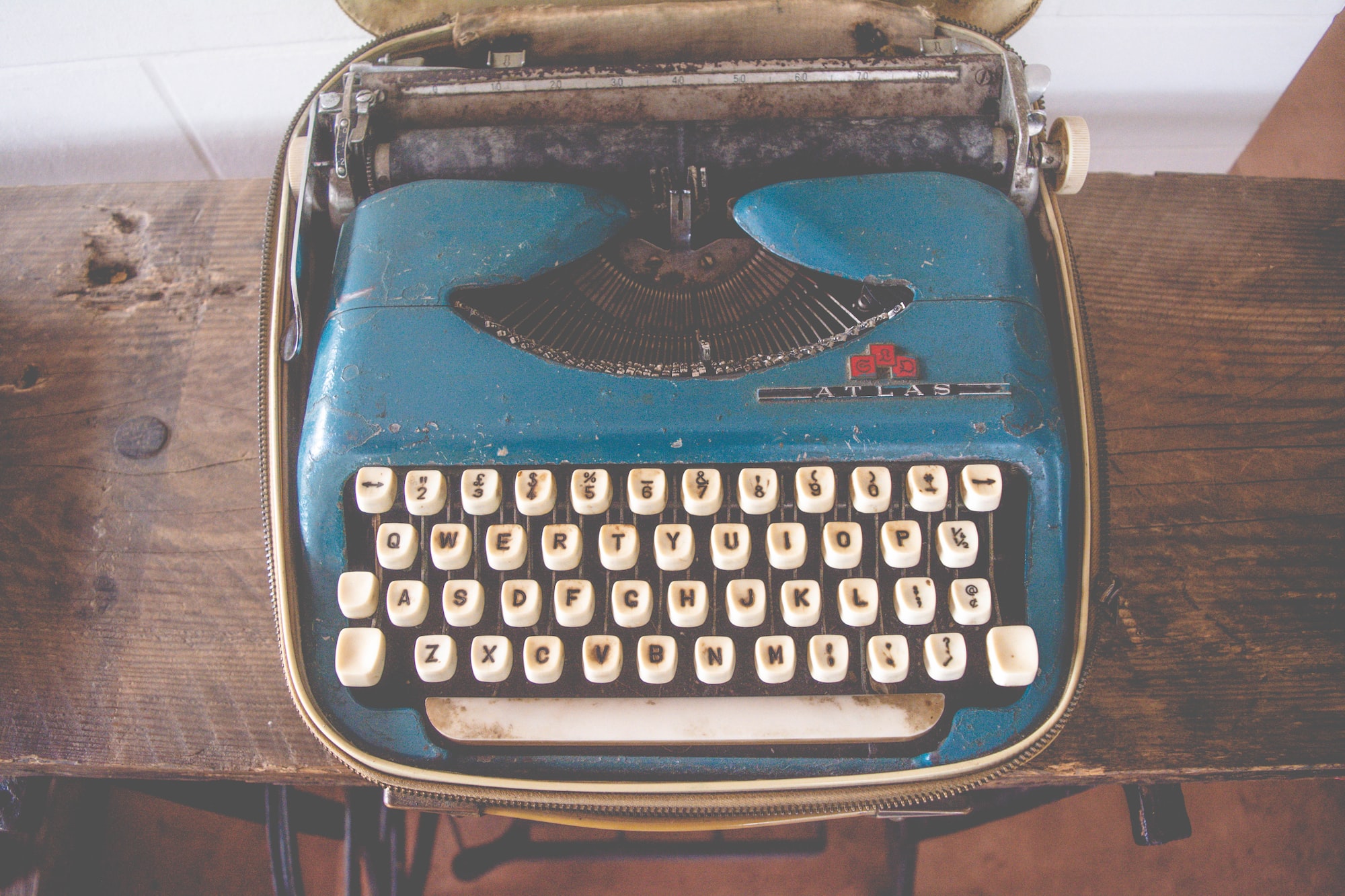 How I Write: Kiss You Boldly