I don't know how it happened. All I know is it did—three flat tires on three separate occasions over just four weeks.

Flat tires—car issues, in general—are quick to crack the Top 10 of the many things I stress about on a daily basis.* The fear of what could go wrong and what has: a bad clock spring, rusted ball joints, a blown head gasket, faulty starter. It plays out every time I get behind the wheel. On long car trips, I only breathe easy the first and last hours on the road—when I’m close enough to home or my final destination that, if my car were to break down, a Triple A tow truck could least get me to where I need to go at no additional cost.

I know I can't go on this way, transforming unexpected troubles like flat tires into 10-ton boulders sitting dead in the middle of the road to wherever I'm supposed to be going.

So I've taken action. I've sought out neutralizers. My most recent: Stoic philosophy.

Between the first and second flat, a video by Ryan Holiday, who brands himself online as The Daily Stoic, showed up on my YouTube feed. I mentioned it to a friend at work and asked him over text if he had ever read Holiday’s book, The Obstacle is the Way. It sounded like a book about overcoming things—a topic that fascinates me as a storyteller. That afternoon, my buddy handed me a copy he had grabbed from his house after lunch.

Each chapter of the book opens with a quote from a Stoic: the Roman emperor Marcus Aurelius, Seneca, Epictetus. A few lines from the Discourses of Epictetus, a disabled former slave, sum up the version of the philosophy that Holiday emphasizes:

“The chief task in life is simply this: to identify and separate matters so that I can say clearly to myself which are externals not under my control, and which have to do with the choices I actually control. Where then do I look for good and evil? Not to uncontrollable externals, but within myself to the choices that are my own.”

Separate what you can control from what you can’t. Focus on the former. That’s my simplest interpretation of the text.

About a decade ago, I graduated from college and moved to Knoxville, a city I had only visited once for a job I didn’t wind up getting, with no apartment or job to meet me when I arrived. I was telling a coworker this past Tuesday that I was more the person I wanted to be then. I clung to faith. I believed in miracles. Whenever I felt unsure of what was to come—when the stress creeped in—I reminded myself of the words of Jesus in the fifth chapter of the Gospel of Matthew:

“Therefore I tell you, do not be anxious about your life, what you will eat or what you will drink, nor about your body, what you will put on. Is not life more than food, and the body more than clothing? Look at the birds of the air: they neither sow nor reap nor gather into barns, and yet your heavenly Father feeds them. Are you not of more value than they?...And why are you anxious about clothing? Consider the lilies of the field, how they grow: they neither toil nor spin, yet I tell you, even Solomon in all his glory was not arrayed like one of these. But if God so clothes the grass of the field, which today is alive and tomorrow is thrown into the oven, will he not much more clothe you, O you of little faith? Therefore do not be anxious, saying, ‘What shall we eat?’ or ‘What shall we drink?’ or ‘What shall we wear?’...Your heavenly Father knows that you need them all. Seek first the kingdom of God and his righteousness, and all these things will be added to you.”

Then the flat tires of life started.

Conformity followed. Dreams of seeing the world, of making it better, turned into dreams I had never sought before but which pulled me in like a magnet: big suburban house, two-car garage, fat salary, 40 under 40 award.**

I’m fighting to return to who I once was. To believe again. Maybe it’s a Stoic practice to focus only on what you can control; to not let your life be thrown into turmoil by what you can’t. Maybe it’s just healthy.

She doesn’t want me calling her this, but I asked a friend at work to serve as my positivity coach. When you’re expecting a flat tire every other week, you start to think the world’s out to get you. It puts you into fight mode. And I feel like I’m always fighting, someone or something, for better, I say, though for worse is more often the case. You’re just passionate, I justify it to myself. Yes, I am. But I’m also, sometimes, an asshole.

When Haley FaceTimed me on Wednesday to show me the orange sensor with the exclamation point—the familiar sign of the flat she hadn’t seen before buckling Alba into the car on her way to the gym***—I chose not to huff and puff. God had given me two opportunities to get that out of my system, and I did. Instead I drove home, knocked on the door of our 85-year-old neighbor Lowell, who let me borrow his air compressor, filled the tire enough to get the car to the tire shop, then waited for Haley to grab me and drop me back off at work.

Thank God the flat happened at home and not in the middle of the road. Thank God that it was a flat, and not the engine stalling with the baby asleep in her carseat. Thank God for Lowell, the neighbor who lets me borrow his gadgets and waves every morning from across the street. Thank God for my boss, who lets me go in and out of the office when I need to without a hassle or docked pay. There’s so much to be thankful for, Canever. Quit your complaining and look around, son.

Of course, the stresses won't disappear in an instant. I’m still dreading the seven-hour drive through North Carolina next week. But I’m going to keep reading that book on the Stoics. And the proverbs of King Solomon. I found one the other day I really like:

A joyful heart is good medicine. But a crushed spirit dries up the bones.

*An incomplete list of stressors: the 14-year-old AC unit, which has gone out two times in the past three years; the exhaust fan in the master bathroom, which sounds like it’s going to die any day now; the unstained backyard fence; the Kia, not for its flats, but for stalling mysteriously last month on the road home from Haley’s grandparent’s house, with no obvious reason, per the mechanic; the ageing dog and her veterinary bills; all the things I’ve signed myself up for this fall, including the ones I hate doing but am too much of a people pleaser to decline; the ceiling fan Haley just had me turn on high, because it’s spinning too fast and I’m afraid it may fall on us and slice off our legs.

**To be clear, I’ve achieved none of these things. Though, the two car garage sounds nice—that way Haley gets her home gym and I get to save $230 on gym memberships.

***It's the one hour Haley gets to exercise while someone else watches the baby. When we had our daughter, Haley and I agreed to let each other keep a few things that we valued in our lives, no matter how hard it was to do that. My thing is fishing, when it’s warm, and going to the movie theatre, when it’s cold. Haley’s is fitness. If there’s one thing even I’m not dumb enough to do, it’s to get in the way of the little time she has that doesn’t include chasing Alba around as she tears our home apart (the little rascal). 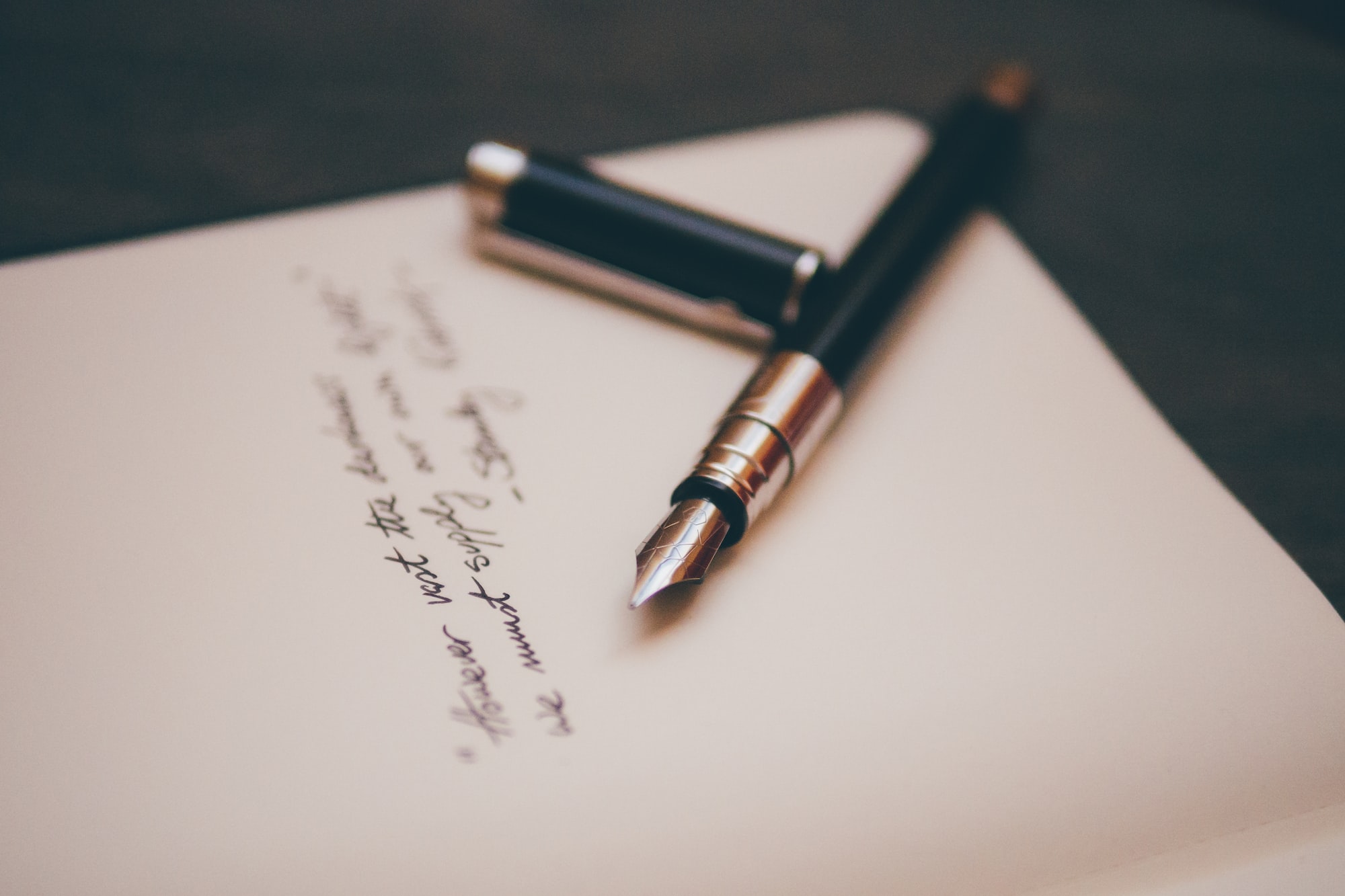 Dispatches To My Children

If I die today, what will my young children have to know how much I loved them? A young father's death moved me to write them these letters.
Sep 10, 2021
4 min read
Sep
05

Reflecting on my five days on the Spring River, I realize why I didn't write this story earlier: the fishing was only part of the joy of the trip.
Sep 5, 2021
9 min read
Jul
12 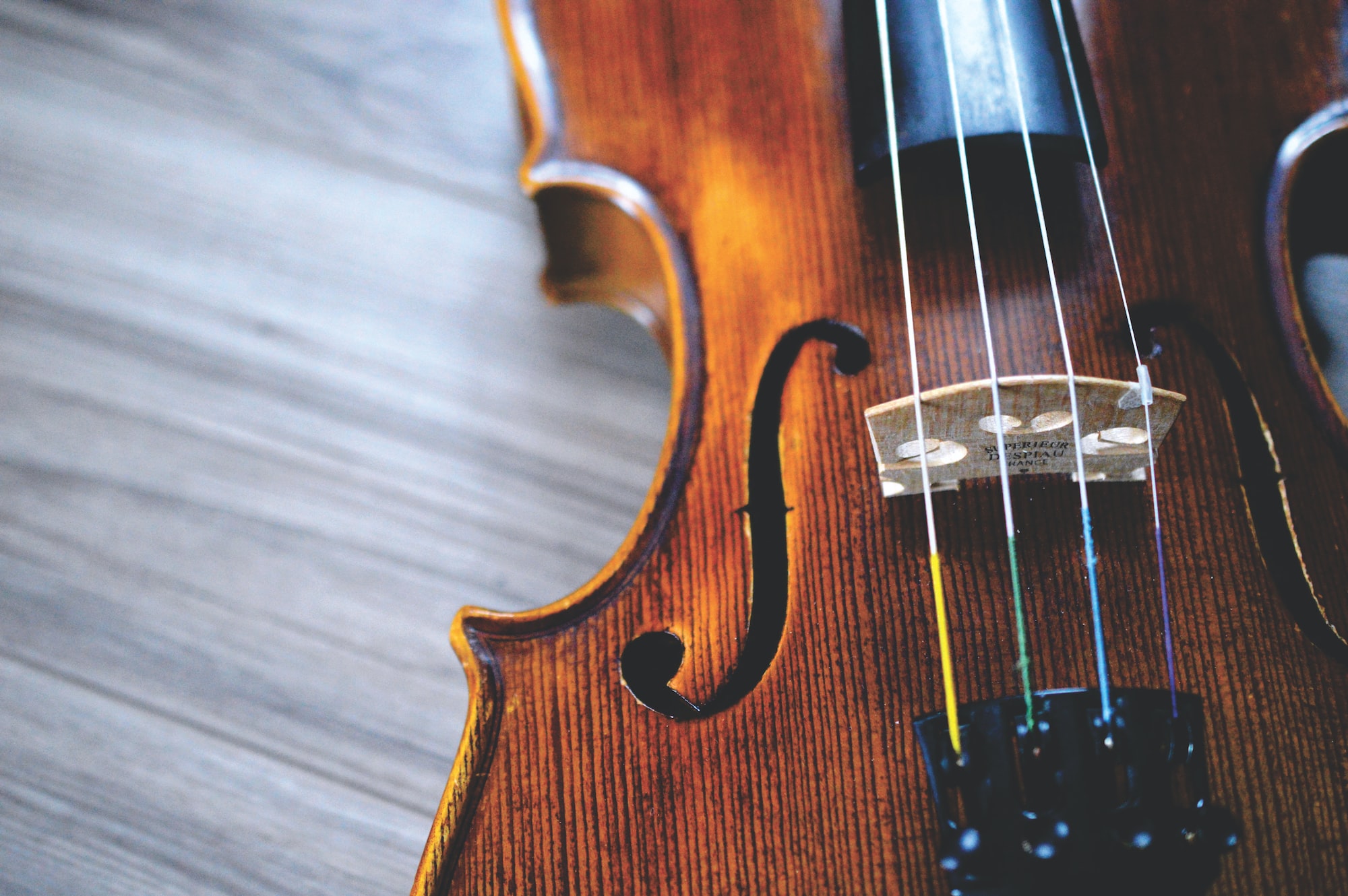 We say, "One person's trash is another person's treasure." I'm learning that ordinary stories are often the most powerful. You just have to pay attention.
Jun 9, 2021
3 min read